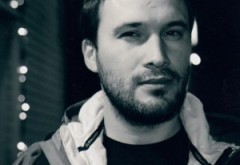 In order to begin a career in the IT-business, left the university in 1996. In 1997, the time tracking system, developed by Vadim for Novosibirsk aviation plant, hit the official All-Russian software directory. Later, participating as a lead developer on several projects, gained the experience that allowed him to come to the decision to organize their own business. So a company «GALS Soft», which was first developed its own methodology for describing business processes, and then on the basis of its product — business-processor «GALS». In the next few years, the company carries out projects in the order in the field of mobile and web applications for large Russian IT-companies. New stage in the career of Vadim was a project Confcloud — cloud web service for organizing events and video broadcasts. The company is currently focused on the conduct of mobile banking and media projects.